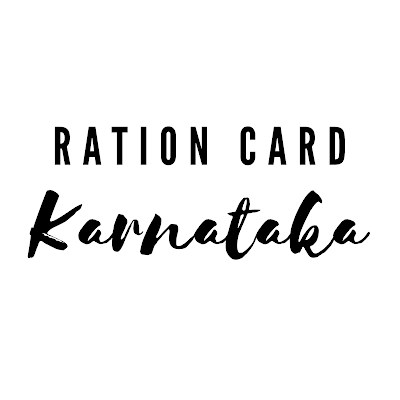 Ration Card an essential document given by the Central government and the state governments to help the poor. Through this card, the poor’s are get essential food items at a subsidized rate. In this article, we will provide all the important information related to Karnataka Ration Card 2020. Here, in this article, we will share with you all the related and important information such as benefits, the application process, eligibility criteria, documents required, registration process and so on. We will also share with you the procedure, through which you can check the beneficiary list.

What You will Get in This Article?

The ration card is a useful document, which is given to the poor. It is a very important document for every Indian. Through this card, the citizen can get the essential foods at a subsidized rate. Along with the facility of food, the beneficiaries can get many other benefits through the card. The ration card beneficiaries also able to get some other scheme along with this.
We already said that ration cards are provided in all the states of India. Like the other states, the Karnataka Government also provide Ration Card to their citizens for better benefits. Actually, Ration card is given only to the poor. Actually, there are many types of ration card are there, which are given to the citizens based on their Economic Condition.
Now a day, the Food Civil Supplies & Consumer Affairs Departments of Karnataka offer four types of Ration Cards to their citizens based on their economic condition. Those are:
◦ PHH Ration Card
◦ Annapurna Yojana Ration Card
◦ Antodaya Anna Yojana Ration Cards
◦ NPHS Ration Card

The applicants who are eligible to apply for Karnataka Ration card can follow the below procedures for online application:
◦ First of all, the applicant should visit the official website.
◦ Now. a webpage will appear on your screen, click on “E-Service” then.
◦ Next, you should place your cursor at “E-Ration Card” option, and a drop-down menu will appear.
◦ Next click on “New Ration Card”.
◦ Next, a new webpage will appear on your screen. You have to choose your Ration card category from that.
◦ You have to select one option from
◦ Priority Household (PHH) for BPL Ration card
◦ Non-priority Household (NPHH) for APL Ration Card.
◦ Next, you should enter your aadhar number and aadhar linked mobile number
◦ Now, an OTP will be coming to your mobile number. Enter the OTP on the webpage.
◦ After that, the registration form will appear on your screen.
◦ Fill the Application Form carefully and click on “Submit”.
◦ After that, the new ration card will be issued within 15 days from the application date.

To check the application status of Karnataka ration card you should follow the below mention steps:
◦ First of all, the applicant should visit the Official Website
◦ Next, a new webpage will be appearing on the screen. Click on “E-Service” then.
◦ Next, you should place the cursor on “E-Status” option then a new drop-down menu will appear.
◦ Next, click on “Status of New/defending ration card”
◦ Next, you should select your district.
◦ Then, you will able to see the ration card status.

ABOUT US
We are always here to help you at any time. Keep Reading us for more Government Schemes. Here you will able to know about Sarkari Yojanas For any trouble regarding the Sarkari Yojanas or Scheme By Government, then connect with us through Social Media.
Contact us: [email protected]
FOLLOW US
© schemebygovernment.com
MORE STORIES